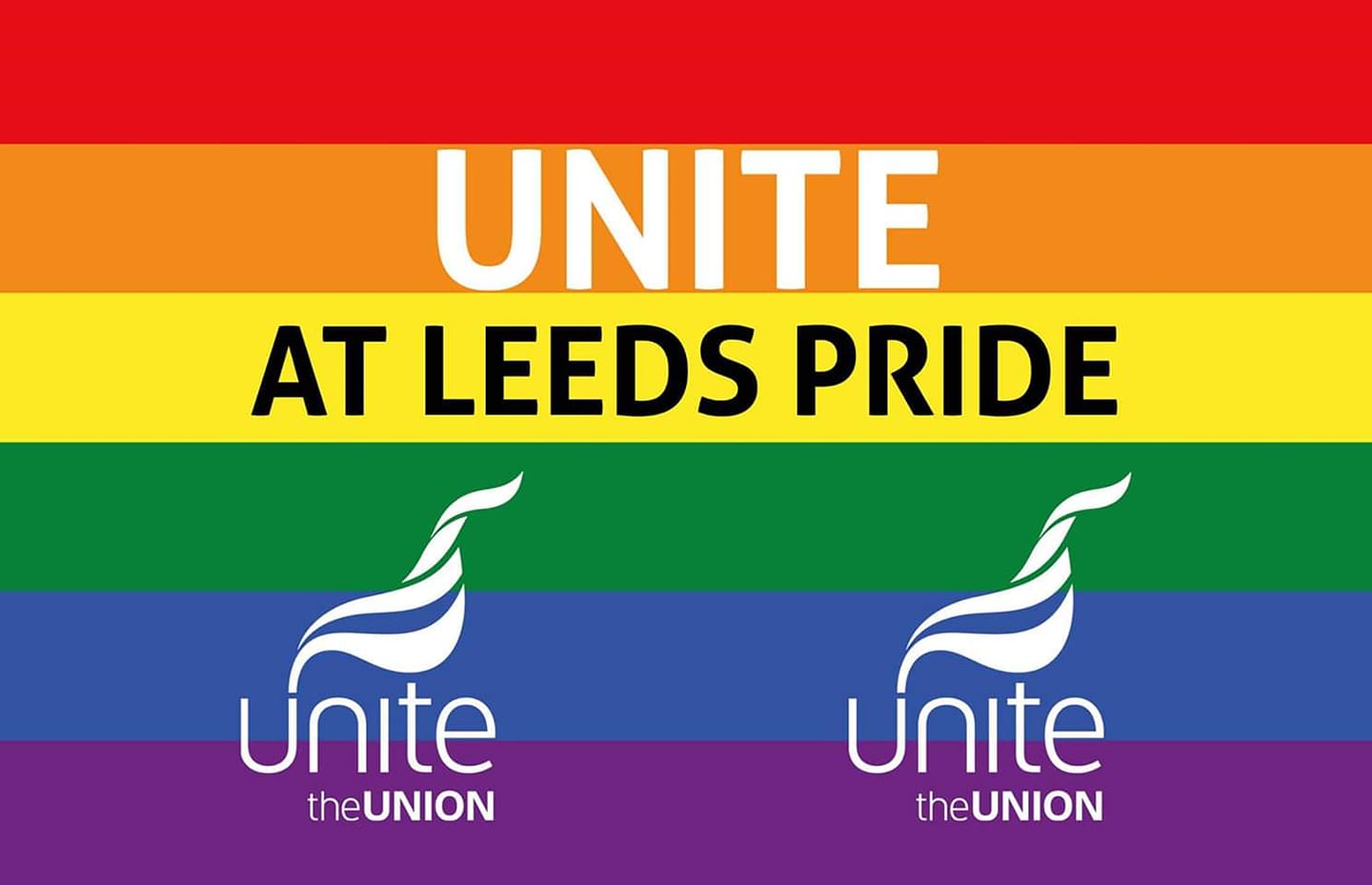 The band were once again delighted to be have been part of the Leeds Pride Parade for 2019 held on Sunday 4th August in the city centre.

Armed with new t-shirts and a couple of adapted arrangements, courtesy of John Davis, the band proudly marched as part of the biggest Pride parade in the UK with our sponsor Unite the Union. Thousands of people lined the streets as the band marched along, playing not just the odd traditional brass band march but more lively numbers such as Delilah, Sweet Caroline, YMCA and Hot Stuff. With many people singing along to the pop numbers, the band enjoyed being part of the events entertainment.

The band has been part of the Leeds Pride Parade for several years now, and it is an event that we love to be part of. Pride events are such hugely important celebrations of equality, acceptance and legal rights, and the band feels incredibly privileged to be asked to be a small part of this. We hope that we keep being invited back to take part in this event, and look forward to hopefully joining the 2020 parade on Sunday 2nd August.

Information for 2020 available on the Visit Leeds  and Leeds Pride websites.