Unite the Union Brass Band is one of the most successful bands in Sheffield and South Yorkshire.

The Band was formed in 1900 and over the years has performed under several different names, including Sheffield Recreation Band, Stocksbridge Band, and City of Sheffield Band. In 2012, we were pleased to be able to name a new sponsorship deal with Unite the Union.

In addition to their role in "The Full Monty," members of the  Unite the Union Brass Band have appeared on worldwide hit records, award winning documentaries and on virtually every mainstream UK television broadcast station.

They have toured internationally and make regular visits to Holland and Germany, have featured live at many of the world’s most iconic music venues including The Royal Albert Hall, Sheffield Arena and The Wembley Conference Centre, London Lord Mayor's Parade (twice), London Parade Festival and have completed a highly successful 21 day tour of Australia, giving 12 concerts from coast to coast. Collectively, they are virtuoso musicians offering a thrilling musical experience that guarantees to leave your audience wanting for more.

If you wish to engage the band for your wedding, corporate event, concert, stage production, project launch, TV or film recording or any other type of function you can be assured of an entertaining and professional performance. 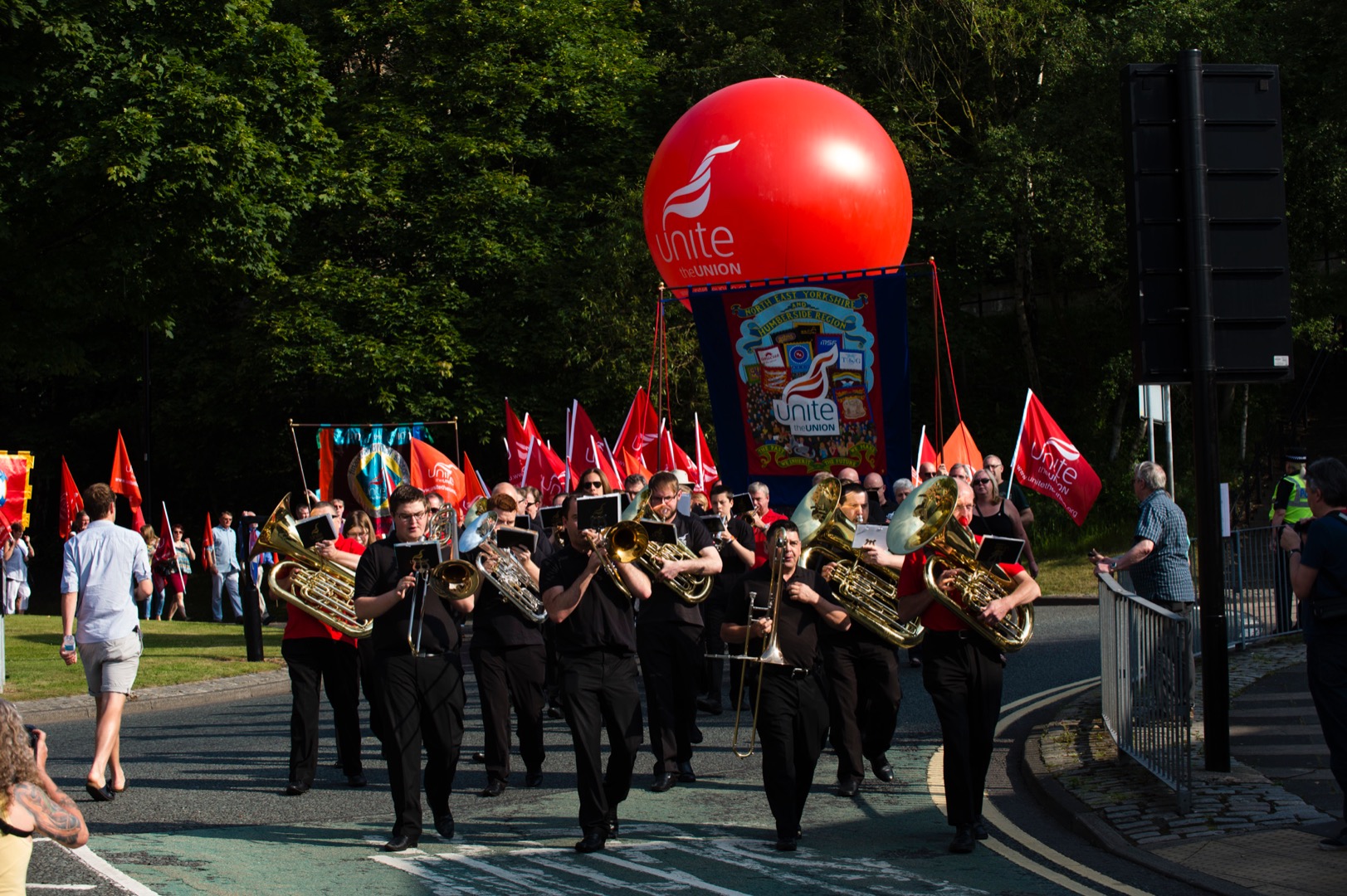