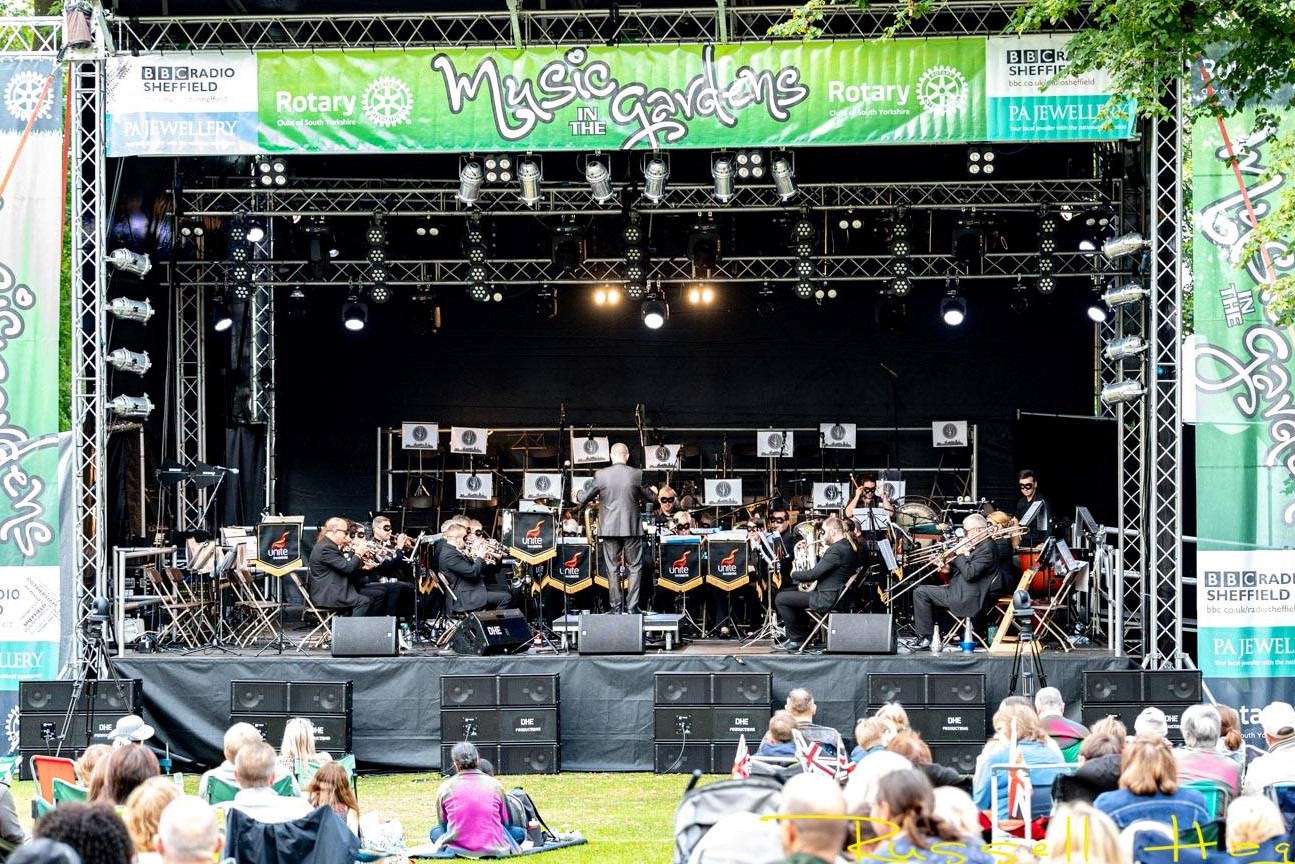 Drum roll please!! The opening for many cinema experiences over the years has
begun to this sound and the bands’ most recent concert was no exception.

“Movie Music in the Gardens”, hosted by the Rotary Clubs of South Yorkshire and
North East Derbyshire on behalf of the Sheffield Area Kidney Research & Children's
Heart Surgery Fund charities took place on 7th July in the Sheffield Botanical
Gardens. What had been a fabulous weekend of music making and performances
culminated in the band and the Sheffield Philharmonic Orchestra performing a range of music from the big screen.

Thousands of people joined the band as we took them on a journey that included the sword fighting antics of a masked vigilante in Spanish California to the latest
superhero animated action from Disney. From the scenes of a cult American fantasycomedy-horror to the very real horrors of the second World War, the band
showcased film music from across the years and genres. Our performance was
punctuated with some fabulous solos from the bands’ flugel player Maria Beazer and solo horn player Melissa Maddison. As if that wasn’t enough, we even managed to squeeze in some dressing up!

The Sheffield Philharmonic Orchestra then took up the baton as they transported the audience to the far reaches of the galaxy, battled pirates across the high seas,
marvelled at dinosaurs and enjoyed an escapade with the Secret Service. It was
then the audiences turn as they sang and waved their flags through the traditional
Last Night of the Proms music before closing the weekend with the fireworks display.

The band immensely enjoyed being part of this event again, which is now in its’
15th year and has raised over £400,000 for various charities. We would like to say a huge thank you to the Rotary Clubs of South Yorkshire and North East Derbyshire
for inviting us to perform at your event, and to everyone who helps to make this
event such a success.

Find out more about the Music in Gardens events.