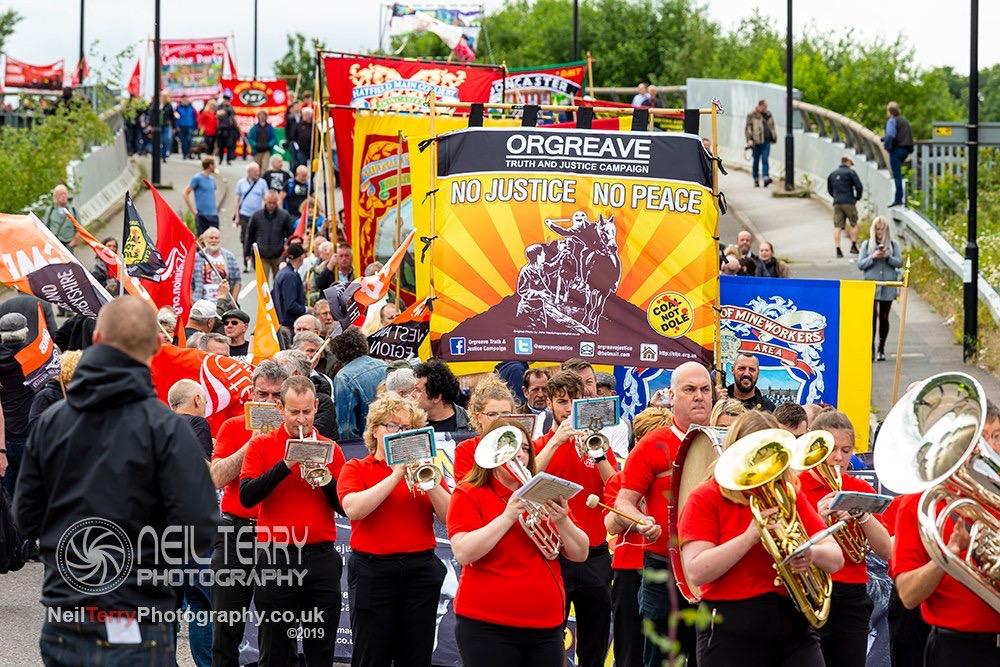 This year was the 35th Anniversary of the Rally on behalf of the Orgreave Truth and
Justice Campaign (OTJC), who are pressing for a full and independent inquiry into
the events of June 1984 during the strike at the Orgreave Coking Plant.

The Orgreave Coking Plant was one of a number of plants and mines that were
closed during the 1980’s where the National Miners Union called for a mass picket.
The plant would receive coal from the South Yorkshire mines which was then
converted into coke before being transported for use in steel production.